Greenbelt at 40: The Film

A 70 minute film rich with rare archive and great music from across 4 decades including key interviews with the people who started Greenbelt and those who have guided it across the years. The film honestly reflects the journey so far and takes a peek into the festivals future. If you have been you will know why Greenbelt is so special, if you haven't this film will show you why.

The Greenbelt 40 film is being produced by Blue Hippo Media in partnership with Greenbelt and in association with Christian Aid.

We have raised funds for the film together from crowdfunding /sponsors and generous individuals.

World Premiere at this years GB festival, Saturday 6.30pm
and then the film will be available on DVD and download and we are looking at some event based cinema screenings and talking with TV broadcasters.

“Greenbelt are delighted to be working in partnership with Blue Hippo Media on the production of its 40th Anniversary Film Documentary. Not only do Blue Hippo know the festival and its history, their work epitomises the creative spirit at work in the Greenbelt journey over all these years – in films like the award-winning “The Insatiable Moon” and, more recently, “Last Shop Standing”, their critically acclaimed documentary charting the Rise Fall and Rebirth of the independent Record Shop in the UK. Please support the film by choosing a perk today” 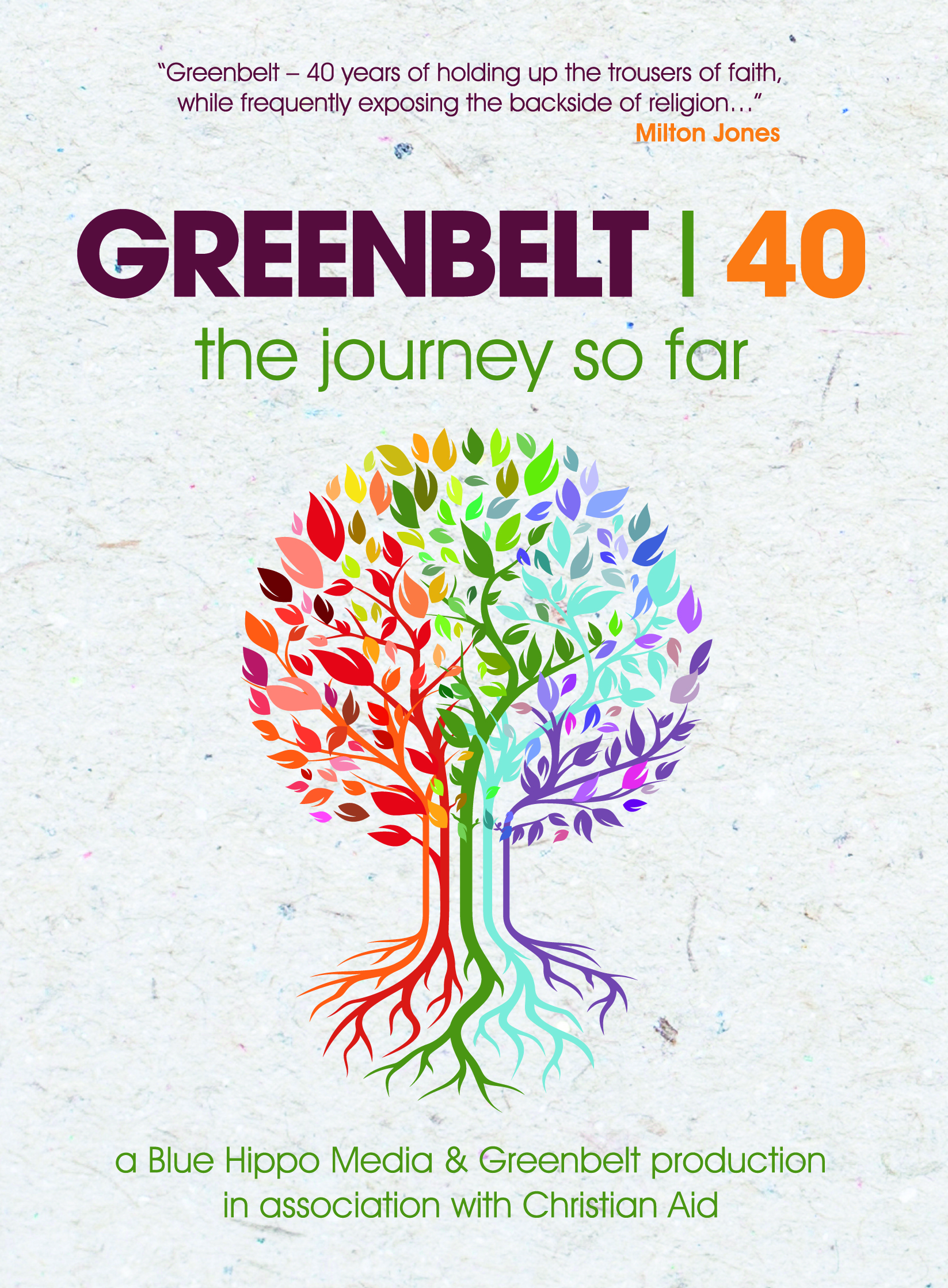 OK so private screening done and a very good response to the film….DVD now being authored and Blu Ray done ahead of the premiere at GB festival:

We are all abit tired!!! but feeling very good about the film…

“The film is now completed in terms of it’s overall creative shape and narrative: It’s now in post audio and grade:
Thank you to everyone who has supported by either contributing or helping us with archive and music.
Thank you to all of those who helped us raise the funds.
Thank you to all the Greenbelt staff especially Paul and Derek for all their hard work.
Here is the 2nd teaser to wet your appetite for the forthcoming film.
https://youtu.be/tRFi7v0jI-A
We are encouraging people to follow us on FB and Twitter or on our micro website for all the updates.
Also please come to the festival this year as that is where the World Premiere for the film will be!”

Our first pre release teaser is out now

June 14th
The film really is taking shape: we are down to final interviews and we are off up to the Solas festival next weekend to capture some of the innovation and beauty of that as part of the future out workings for GB: so finally archive film / music /photographs / interviews past and now are all intertwining over 70 minutes to create the definitive GB at 40 film: “the journey so far”.
We have had some very lovely people help us raise some of the funds we need to complete the film too: if you can help us at this final hour please look at the “sponsor the film” tab…
more anon….

15th May: we are now in final prep ahead of the films first rough cut screening next week: loads to do but looking very good. we have also secured a few more key interviews to help us tell the story…

23rd April: we are currently deep into the edit of the film: its a big project!!we have sourced via lots of brilliant supporters and past creatives wonderful archive on super 8 film to fantastic photos and audio.we are also pursuing some wonderful music related to the festival and its past performers too.

Use the info below to create article/blogs /news items to help us spread the word: If you want an interview with the filmmakers get in touch.

Title: Greenbelt: 40 “the journey so far”, A Documentary film

A 70 minute film rich with rare archive and great music from across 4 decades including key interviews with the people who started Greenbelt and those who have guided it across the years. The film honestly reflects the journey so far and takes a peek into the festivals future. If you have been you will know why Greenbelt is so special, if you haven't this film will show you why.

or BUY at the festival from the G_Store

Licenses also available for public screenings from G_Talks  situated within G_Books at the festival or contact info@bluehippomedia.com for more info.

“Greenbelt – 40 years of holding up the trousers of faith, while frequently exposing the backside of religion…”
Milton Jones

“Great to hear Greenbelt are shooting a film to mark the 40th festival. Can't wait to see it… my back feels as if I've camped at every one.”
Simon Mayo

“Back in the seventies, when I had the privilege of playing Greenbelt, Christians were dipping a very tentative toe into the world of the arts, unsure of just how Biblical it was to do so.   Christian thinking has matured a massive amount since those confusing days and it’s thanks to fearless Greenbelt for breaking down barriers and helping us all grow up.”

For more information / interview with the Director:

A feature length documentary film that honestly retells the highs and lows of the Greenbelt Festival story. Featuring rare archive footage and photography, music from across the festival’s four decades and voices, past and present. It reveals its humble beginnings in a field in Suffolk in 1974 and weaves around its long and intriguing history – how Greenbelt has grappled with the intertwining of Arts, Faith and Justice from the very beginning.

But the film is not just about the past. With the 40th festival theme of “Life Begins”, the film
also looks towards its future.